What Is The Best Way To Reach Tampa Bay Consumers?

Ask any Tampa Bay small business owner how to measure the success of an advertising campaign. The answer will almost always 'sales.'

According to Nielsen research, the media-element of a campaign that has the most significant effect on sales is reach. This is the number of different people exposed to the advertiser's message.

There are more ways than ever to advertise. But, which of those options has the largest reach among Tampa Bay consumers?

Doug Schoen, an advertising professional with 35 years of experience, writes in Forbes: "You wouldn’t know it from all the media coverage focused on streaming video and streaming music, but radio actually has the most reach among American media consumers. 93% of adults listen to the radio each week as compared to 87% who watch TV, a substantive difference."

Last week, for example, 2.2-million adult consumers tuned-in to a Tampa radio station. This is substantially more than watched local TV, used a social media site like Facebook or Instagram, reach a newspaper, or streamed audio from Pandora and Spotify.

Furthermore, radio's reach is dominant among consumers of every generation. This includes millennials, who despite an affinity for all things digital, still tune-in to local stations in massive numbers. 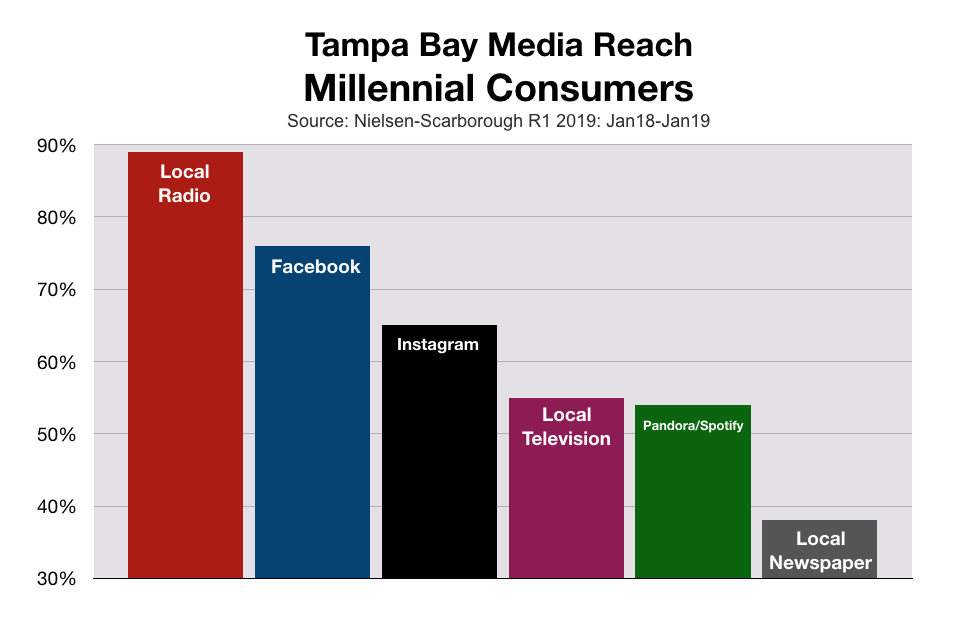 Although the reach of an advertising campaign is the most potent media component, Nielsen indicates targeting plays an important role as well.  In other words,  it is also valuable to ensure that a company's messaging reaches the Tampa Bay consumers who are most likely to become customers.

For almost every category of business, the targeted reach of Tampa radio is superior to other advertising options. This includes consumers in the market for cars, houses, furniture, mattresses, pet supplies, tax preparation services, and restaurant meals. 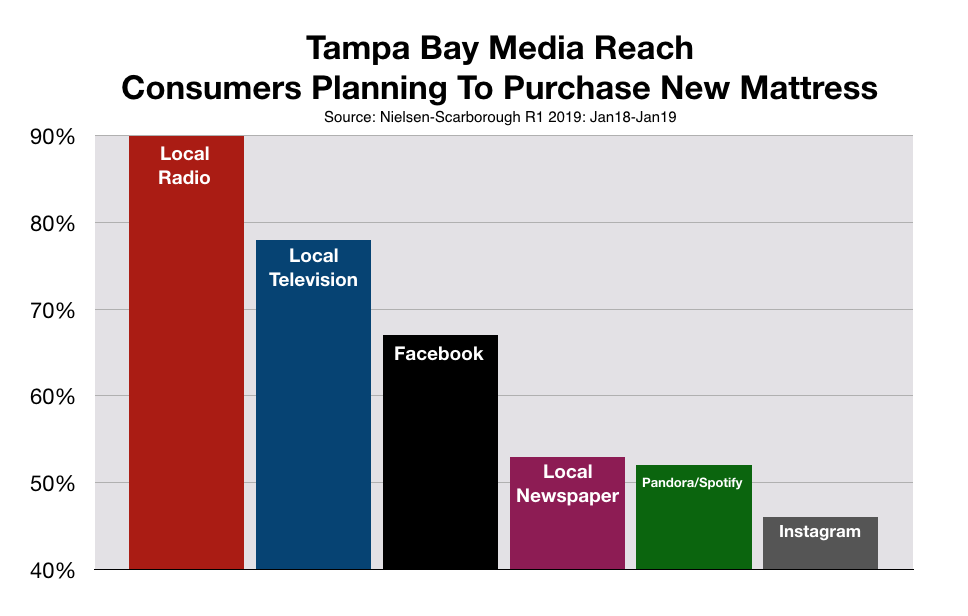 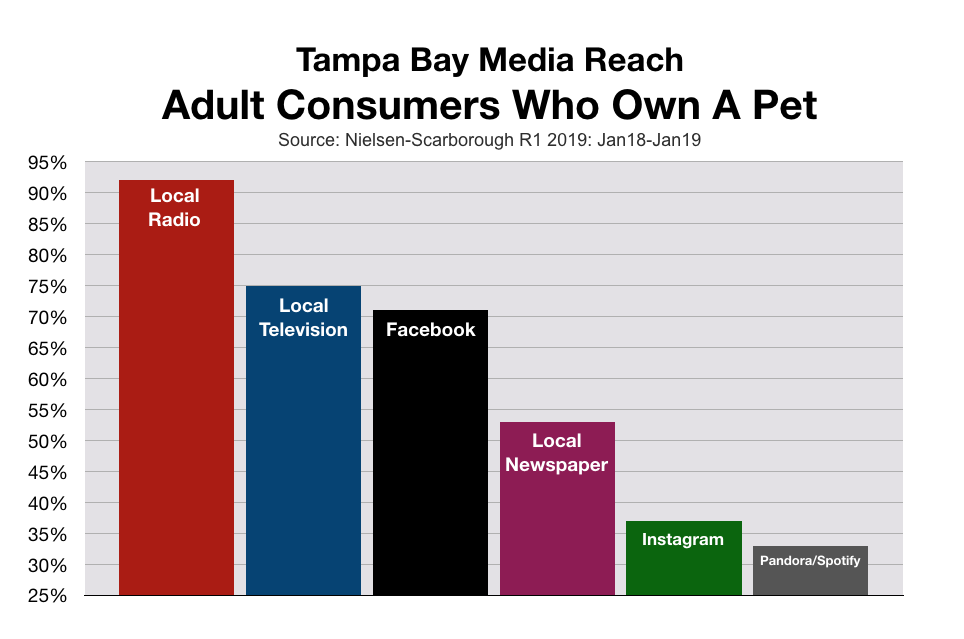 Deloitte recommends that "radio advertising should be a big part of the mix for those buying advertising."