There are 1.5 million consumers in Tampa Bay who own their own home.

According to Zillow, more than 60% of homeowners carry a mortgage. A record number of owners are considering refinancing  now, which means millions of dollars in fees for local lenders and brokers are up for grabs.

Why the sudden urgency for Tampa Bay consumers to refinance their mortgages?

According to The Federal Home Loan Mortgage Corporation (aka, Freddie Mac), "The average 30-year fixed-rate mortgage hit a record 3.29% this week, the lowest level in its nearly 50-year history."

"Meanwhile, mortgage applications increased 10 percent last week from one year ago and show no signs of slowing down. Given these strong indicators in rates and sales, as well as recent increases in new construction, it’s clear the housing market continues to be a positive force for the broader economy."

If a consumer Googles 'refinance my mortgage in Tampa Bay', more than 6.2 million results come back, So, to set themselves apart, lenders and brokers will need to advertise.  By, any key metric, advertising on Tampa radio is the best way to reach area homeowners.

Every week, 88.7% of consumers who own their homes tuned-in to a Tampa radio station. This is significantly more than are reached by local TV, newspaper, social media, or streaming audio sites like Pandora and Spotify. 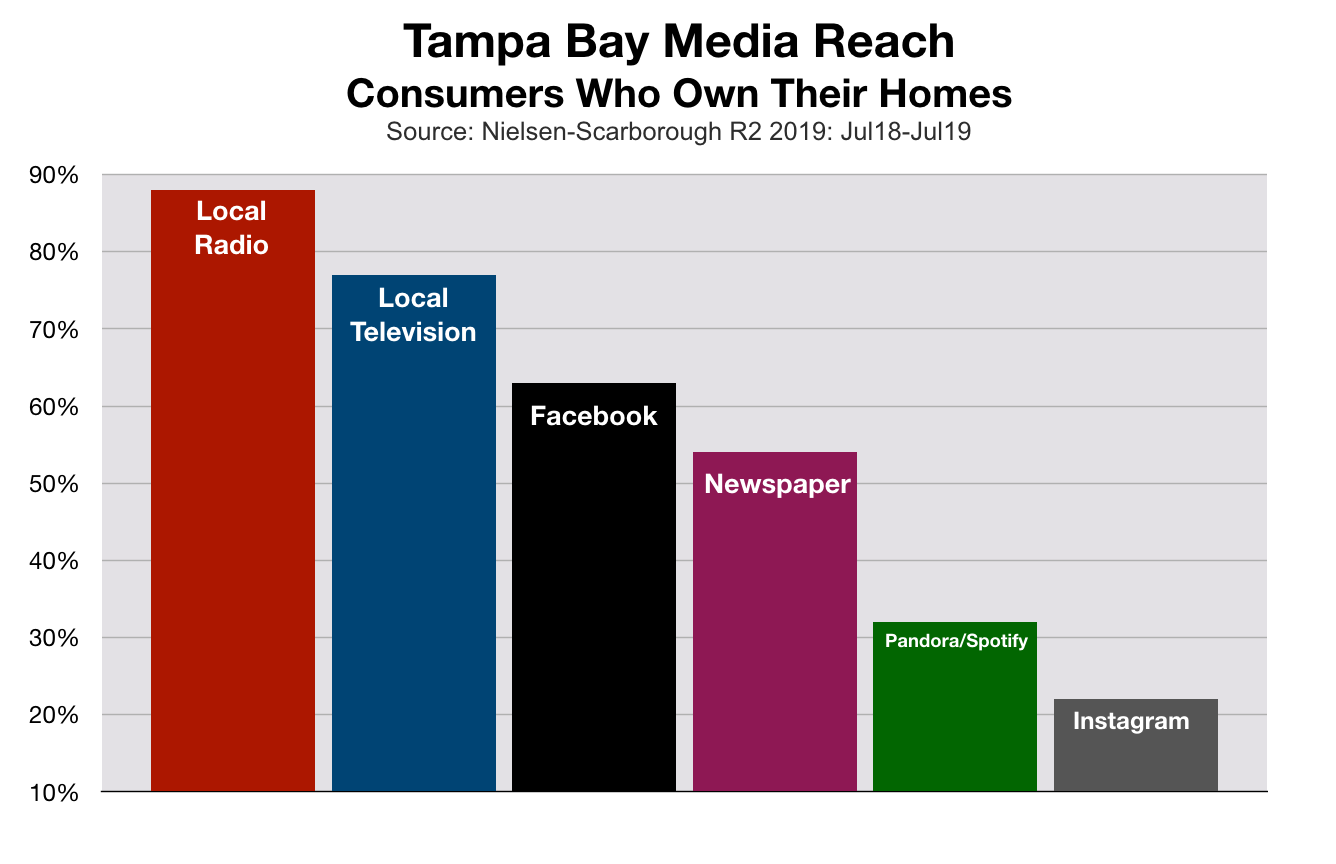 The refinancing fees charged by most lenders and brokers is based on the size of the new mortgage. Advertising on Tampa radio also has the greatest reach among owners whose homes have the greatest value. 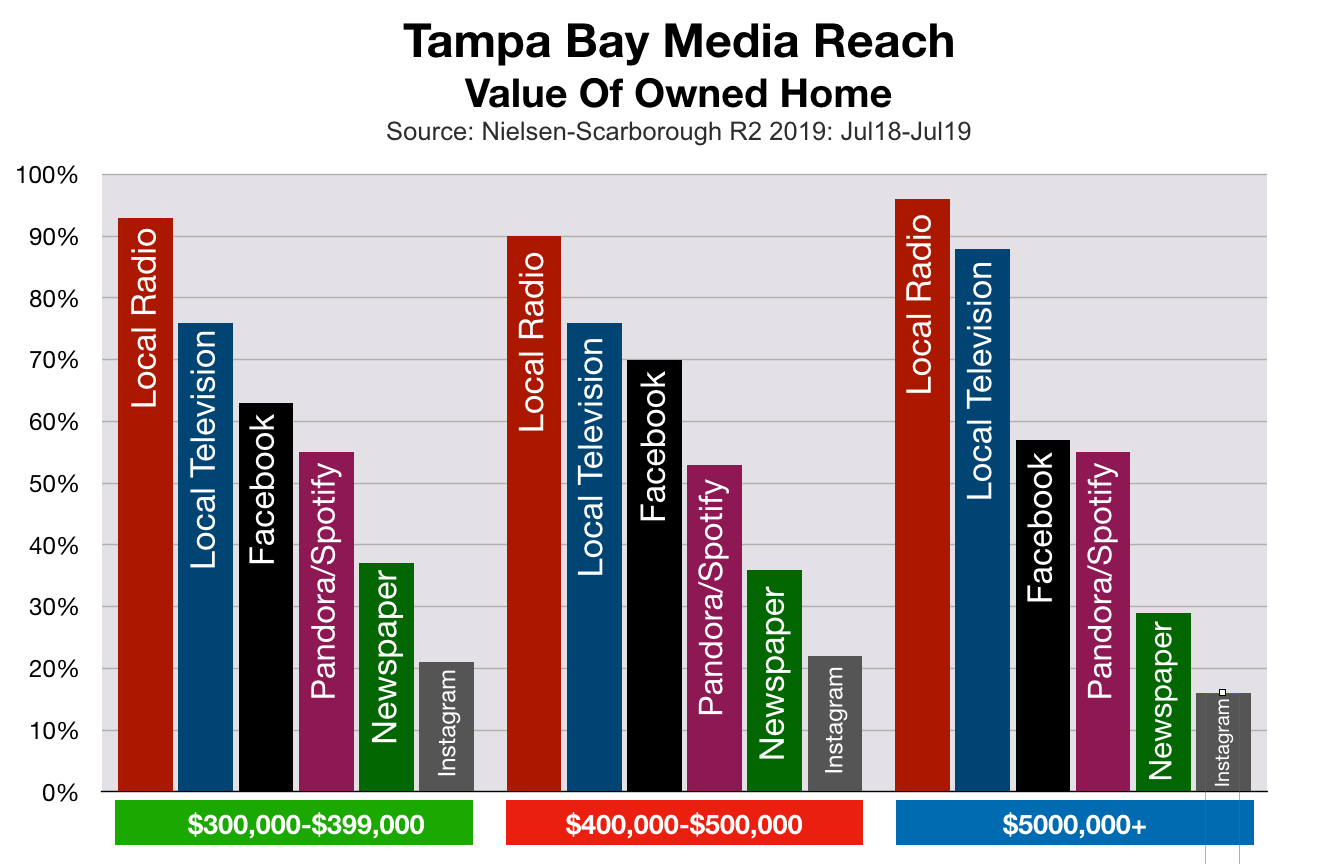 To avoid missing out on the fees the current refinancing boom is creating, Tampa Bay lenders and brokers need to advertise now.

Business news network CNBC reports, "Phones are ringing off the hook at lenders like Quicken, which had a couple of record volume days this week, according to the company’s CEO. While mortgage rates now hover around record lows, they are seeing some push-back to go much lower. That is because lenders are so overwhelmed by the volume, they are simply too busy to lower rates."